War Play Lasertag organizes its week-to-week games around a Campaign concept, where each individual game day is part of and impacts a larger virtual game. Imagine a chessboard where each of the squares are an abstract representations of one or potentially many different lasertag fields and the pieces representing of opposing teams on any particular game day. Like chess, victories in “a square” result in the victorious team taking control of that square. Unlike chess, both victories and defeats come at a cost. In War Play Lasertag campaigns, the pieces are virtual “units” that take losses and consume supplies in combat and our system tracks these losses from game to game and impact the “strength” of the opposing teams on each game day.

Units possess the attributes of Strength and Supply.

A unit’s Strength represents its potential combat power and is directly impacted by losses received in battle as either Killed or Wounded. Whereas losses as Killed are permanent, losses as Wounded become return to the unit after 4 weeks.

Supply is a representation of a unit’s stock of food, fuel, and ammunition. Units consume the least amount of Supply when not moving or fighting and consume the most Supply when both moving and engaging in heavy fighting. Units that have run out of Supply and which are either attacked or surrounded are eliminated.

Each week, both teams submit orders for each of their units in the campaign. These orders are executed on the game board and any resulting combat is resolved either by actual game play at a lasertag field location or virtually by using the game’s automatic combat resolution system. Possible options for unit orders are:

Orders are submitted by team commanders using an online form provided in their Campaign Notebook.

Combat occurs when opposing forces attempt to occupy the same hex of the game board. Victory determination is based upon a formula that takes into account the casualties each side receives in terms of Killed and Wounded, along with the number of Missions each team successfully accomplishes and as well as the amount of territory each team holds at the end of the game day.

Weekly battle summaries, maps, videos, and statistics can be found on the Campaign Log. 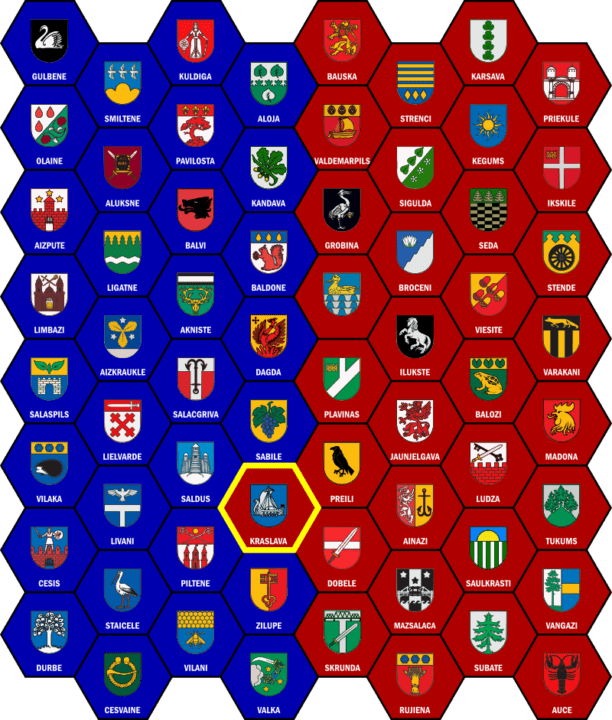 Campaign Mapboard as of Week 2146.